Energy costs are among the most important cost factors in textile production. Apart from cutting-edge machinery, a professional energy management system with integrated monitoring can achieve considerable savings.

Textile World Asia talked to Giuseppe Gherzi, managing partner of the Gherzi Textil Organisation, Switzerland, about the issue of energy savings. The company was founded in 1929. In 1948, when the advantages of integrating industrial planning and plant construction became increasingly apparent, Gherzi Engineering Zurich was founded, enabling the group to offer a full range of essential advisory services in the technological, organizational and engineering areas. Today, the group is managed by the founder’s two grandsons, Francesco and Giuseppe Gherzi. 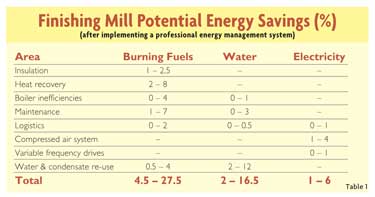 Reducing Energy Consumption
The textile industry, and the finishing sector in particular, uses significant amounts of energy to run manufacturing. Energy costs are a major direct cost factor in textiles. Depending on the region, they are on a par with labor costs. Most important direct energy flows vary for different production steps. For spinning and weaving mills, most costs are electricity-related; but for finishing mills, the highest costs relate to fuels needed to generate steam, and to wash and dry the fabric.

Reducing energy consumption will therefore significantly impact direct product costs. Experienced personnel can manage the entire production process with effectiveness. However, to back up the task of cost reduction, it often helps to get assistance from outside. Specialists with a clear and defined methodology can foster internal know-how and avoid organizational blindness built up over the years.

TW Asia: In the concept of reducing energy costs, steam is an important cost factor in the textile finishing processes. Experts say that the most obvious reason for overconsumption is low efficiency. Do you agree with that?

TW Asia: What are the basic requirements for such an analysis?

Gherzi: An interesting alternative for high water consumption is to check the possibilities for water reuse with closed systems, two-cycle systems and reverse osmosis, filtration, buffering, cooling and such. A second saving possibility is the reuse of heat in water streams or, for example, in the tenter and thermofixation process, as well as the reuse of process heat in the same or another production step. 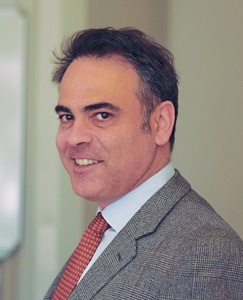 Targets
TW Asia: How to you set the targets?

Gherzi: In the past, realistic goals for energy-saving programs resulted in average energy savings of 5 to 15 percent per factory. In some cases, this is not practicable. However, energy savings of at least 10 percent with a minimum of investments should be targeted. For this ambitious program, a number of facts and figures are needed.

TW Asia: To achieve these ambitious targets, must there be a structured process?

Gherzi: Absolutely. If an interested company approaches us, they will get a questionnaire to collect basic energy-related data. To provide a first-class job, here are some points, among others, that must be carefully checked and studied: gas, fuel, electricity, water and wastewater bills; basic energy key figures and setup scheme of the boiler house; plus a basic overview of production routings and machines.

TW Asia: How do you further proceed?

Gherzi: First, we collect the data, validate them and define the targets. For this, a first visit will be arranged at the production site; there, the Gherzi experts together with the client will create mutual understanding about important energy flows and a first impression of potential energy saving possibilities, and set realistic targets to be achieved.

Typical Energy Savings
TW Asia: It is well known that in many countries, energy-saving investments are subsidized to support the industry. How do you proceed here?

Gherzi: As the subsidy percentages are not known beforehand, any initial payback times will be calculated without subsidy influences.

TW Asia: Do the prices of energy differ a lot in different countries?

Gherzi: Past experience has shown that energy saving possibilities can differ quite a lot per site, depending on technical state and age of machinery and equipment, energy awareness and cost prices, related to possible short payback times of investments. In Table 1, one can see that for finishing mills in general, the possibilities to save on burning fuels and water are higher than for electricity.

As an alternative, Gherzi suggests asking different energy suppliers. On top of that, many suppliers charge penalties for peak consumption. This could lead to totally different saving possibilities: A second possibility is to cut the peak consumption of steam and electricity for a better boiler efficiency to prevent penalty payments.

Wishful Thinking Or Reality
TW Asia: Above all, a modern machinery setup is still a prerequisite to produce cost-competitive textile products.

Gherzi: Certainly. However, in times of soaring energy costs, a serious analysis to reduce energy consumption will result in considerable savings. I give you an example of a medium-sized finishing company with 600 employees and an output of approximately 1 million linear meters per month. Basic information regarding energy flows with their values was collected, and then, in a first visit, an insight in major energy saving possibilities and possible targets took place. Then a proposal was made with the targets. After the agreement, a project plan was established to define responsibilities, planning, possible savings and a setup of an action list.

TW Asia: And what was the target?

Gherzi: That was to reduce total energy costs by 10 percent within one year. Additional energy saving possibilities were identified, payback calculations were made, an action list with local and advisor responsibilities was established, education was given about energy awareness, and the short term actions were executed.

Remarkable Results
TW Asia: What was the outcome of this exercise?

Gherzi: Some of the actions were to change the burner configuration of the boilers, using heat exchangers for water heat recovery, fixing leakages, changing tenter settings and improving isolation for piping and process equipment. Before the reshaping of the energy situation, total energy costs were around 2 million euros per year. After one year of implementation, total energy costs were reduced by some 9 percent, or around 180,000 euros on an annual basis.