The signing was done at the IAF office in Zeist (Netherlands) by Mr. Mansoor Ahmed and Han Bekke, secretary general of IAF. IAF has been granted funding by the EU for this project as a result of which BKMEA and HCIA will be able to better service the companies that are their members by having gained more international contacts, more knowledge and more insights.

The project will include training sessions in Bangladesh and several networking trips to Europe and to Bangladesh. The IAF will make sure that more IAF members than BKMEA and HCIA will benefit from the project by setting up a peer group to which it invites its members with specific interests in the Bangladesh knitwear industry. 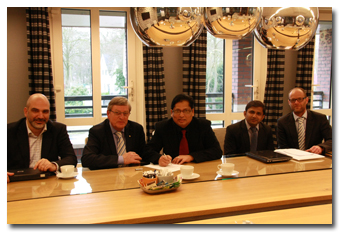